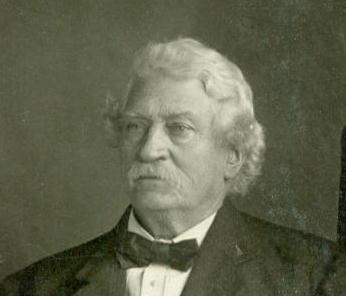 Born in 1837, William Owen Jones my 2nd Great Grandfather immigrated to America from Wales between 1856 and 1859, and settled in Cincinnati, Ohio, where he was employed as an apprentice boilermaker. In 1860 he was Naturalized and became an American citizen. He married Ruth Jones (her birth name) in 1866. She was also from Wales and had been first married to John Stark, a coal-miner in July 1860; they were living in Salisbury, Ohio about 100 miles east of Cincinnati.

W.O & Ruth lived in Cincinnati till 1869, then at Ironton, Ohio through 1877. In 1870 when they move to Ironton, W.O.’s daughter Mary Jane, came to live with them. Born of a relationship when he was seventeen with a servant/farm-girl on his grandfather’s farm in Wales, Mary Jane later to be known as “GoGo”, would go on to wed three husbands herself and create a Matriarchal dynasty. When she died in 1944 in Birmingham Alabama,  GoGo was a wealthy and respected self-made woman.

In the 1870s, Ironton was a major industrial center in America and was the largest producer of iron plate and products in the world.  In the 1870 census, W.O. is listed as a “boilermaker”. Boilers were used to power everything in the factories in Ironton, and America.

The move to Louisville in 1878 had to do with work.

By September 1878 and the birth of William Owen Jones, Jr., the last of their six children, the family was living at 229 High Street in Portland, now Louisville.

The name of the Louisville boiler works that W.O. came to be associated with is,  the C.J.Walton & Sons Boiler Works, it was founded in 1836 by Joseph Mitchell, as the Joseph Mitchell Boiler Yard. Located at 1219 Main Street (now West Main Street), it was a five-minute walk from W.O.’s apartment on High Street.

On August 26, 1885, W.O.’s wife Ruth died of heart disease, leaving W.O. a widower with five children. Their oldest child Mary Elizabeth had died earlier of Typhomalarial Fever when she was thirteen in 1880.

By March 1886, W.O. had met and married Sarah Webb, who was sixteen years his junior. She was a widow with two children herself, who over the next six years, would add three more children to their brood. In late 1886 the family moved into the new three-story house at 2238 Portland, that W.O. had built.

In 1888, Druid (David) Walton, C.J.Walton’s son, began working at the Boiler Company. He had graduated a year earlier from the Stevens Institute of Technology in New Jersey with an M.E. degree.  Now W.O.Jones is listed in Caron’s 1888 Directory of Louisville, as the “Superintendent – The Joseph Mitchell Boiler Yard“.

Twelve years later in 1900, C.J.Walton retires and Druid Walton, his son, becomes President of C.J. Walton & Sons. In the 1900 census, W.O.’s son Evan Owen Jones, my Great Grandfather is 30 years old, married, and listed as the Superintendent of the Boiler Yard. He had started working there when he was 17 in 1888, and became Superintendent, nine years later in 1897, taking over his father’s position. Also in that 1900 census, two of Evan’s maternal nephews are also working at the boiler yard, as are other relatives.

In 1909 W.O. Jones, now 72 retired from the Boiler Works, his employment listed as “none”, in the 1910 census. The next year 1911, finds Evan Jones, Druid Walton and Jesse Ellis Coleman, who had worked there approximately thirty years, forming company with a $50,000 investment, which is called C.J.Walton & Son, “for the manufacture and sales of metal boilers”.  Either they have acquired all the stock in the company or they have put additional money into it. In February 1922, W.O. Jones dies.  At the end of that October, Druid Walton commits suicide in his office. 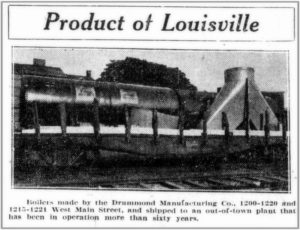 Through the end of the Second World War the boiler division continued to manufacture liquid storage tanks of 50,000 gallons plus. After 1952 the company is no longer found to be in operation.